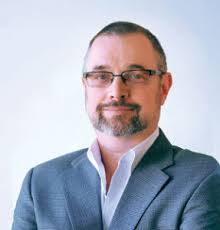 Our District 3 Supervisor, Bruce Bracker is a very nice man.  We were dining one evening and I suggested that we do a series of interviews to keep us (you and me, those of us that want to know what’s going on but don’t have time to attend all of the Supervisor’s meetings) informed on what kind of direction we’re going in the County.  Bruce agreed. Most of the questions that I ask Bruce are not hardball. They don’t ne

ed to be. We haven’t had this kind of information previously, unless it’s through the Nogales newspaper, which is, in my opinion, completely biased about nearly everything. Bruce is excited with his new job. His background is Retail management. His family has owned and operated the Bracker Department Stores in Nogales for three generations. Most Recently he served as President of the local Port Authority, which was very successful in their bid to coordinate Trucking needs (mostly for the produce industry) with the Customs Department and ADOT, among several state and federal agencies.

There are a series of short interviews that I’m going to share with you over the next couple of weeks. This is the first of those.

(Just prior to this first video I attempted to introduce Bruce as the 3rd District Supervisor. He corrected me, I didn’t immediately get it. He isn’t the 3rd Supervisor, as might be the title of a fellow who manages a crew picking up trash. No, indeed, he is the Supervisor of District 3 in Santa Cruz County Arizona. And even as he was explaining this to me I said it incorrectly a couple of times. This was what i was referring to in my opening introduction.  I’m not and never have been good with remembering names or titles. I blame my parents for the genetics that inevitably make me forget such things. Oh well… )

If you have any suggestions for questions that you’d like me to pose to Supervisor Bracker, send them to me at rptubac@gmail.com.  Feel free to share your comments.