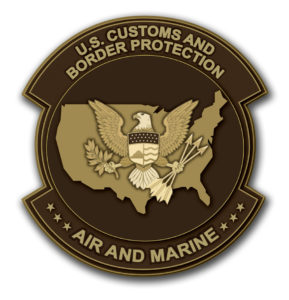 The border patrol Affects Real estate values in Rio Rico and Tubac. Many people who are looking to purchase a home have expressed doubts about our area.  They think that having to go through the border patrol checkpoint near Chavez Siding in Tubac is going to be too much of an annoyance. The placement of that checkpoint has, in fact, caused a great deal of loss in the local business community. Lots of people just don’t want to have to go through that so they don’t come down here all.

There are other distractions about the checkpoint they have been discussed lots: the fact that it takes so long to get so many cars through only two lanes, the fact that we’re subject to dog searches. The fact that the BP folks don’t respect our State’s Medical Marijuana laws. And there were many Friends who have been pulled over to the side for further inspection when absolutely nothing was wrong. This is pretty awful and very demeaning when it happens to you. I believe that the border patrol rethought some of this and retrained some in order to mitigate those concerns. Also consider that the U.S. Customs and Border PROTECTION reports that crimes along the border at about 35% of what they were in 2015, and evenly spread in most categories.

reciate that Federal officers are effectively acting as our private security guards.  Yes it can be annoying to have your security guards not know you are and it’s even possible you’ll be stopped. I personally have never experienced that. I don’t know anybody that has.

Difficult to find a home to buy in Tucson these days because anything under $300,000 seems to be disappearing as quickly as it comes on the market. We often hear stories about offers above the asking price. It’s very doubtful that these buyers are aware that they are purchasing a home in the highest crime district in the state. Likewise, it’s probably never pointed out to homebuyers looking around Santa Cruz County that we have among the safest violent crime stats anywhere in the state. Maybe we should be making such a case to those buyers who think it’s too dangerous to buy here.

The issue is simply this: if you are an illegal crossing the border, you do not want to be apprehended by the border patrol. You will do almost anything possible to get past the area that the BP patrols. The BP vehicles can be seen all over this state and our neighboring states, but certainly they are incredibly more present within the 20 miles between the border and the north. It is also likely that the criminal element crossing the border illegally are well more versed in where to go and how to get there, they are coached by criminal coyotes who train their runners, than the Young people who are just trying to make their way in the world. These young people are very unlikely to be the cause of any further illegal or violent behavior. I don’t know anybody that doesn’t have sympathy for those kids. But the criminal element must be stopped and we as a country don’t now have a program to discern the difference.

The Narco Cartels have an extremely well coordinated System. They’ll do anything to make money. The Mexican government does very little to stop them because the Mexican law enforcement is afraid of them. Understandable. Everyone should be. They are evil. But we all need to have the knowledge that the United States Border Patrol has our territory well under control. There may not be a safer place to live, probably anywhere except for maybe Northern Canada. Brrr!

If you are among those folks looking to buy a house to our North, make certain that you look carefully at the local crime Stats. And then think again about Tubac & Rio Rico. And here’s something new: Border Patrol Agents will respond to local matters if they’re called. It’s all about making this place as safe as it can be.

Having to have the Border Patrol here stinks. Not having them would stink worse.